Demon Slayer's Mitsuri Kanroji is not What Fans Thinks She is!

The Hashira are the toughest, most dedicated and most deadly Demon Slayers. In order to become a Hashira, one must not only progress through the nine ranks of the common Demon Slayer Corps, but must also have either killed a major demon or 50 lower-level demons. Needless to say, when a Hashira appears, the potential for demon slaying increases significantly. As with all super-powered beings, there is a spectrum of effectiveness within the Hashira ranks. While any one Hashira is more effective at killing demons than a common Demon Slayer; when compared to one another there is some difference in abilities. As in any team, the members of the Hashira run the gamut of personalities, sizes, and appearances. At first glance, Mitsuri Kanroji does not exude a particular level of fierceness. Indeed, her personality hardly fits the image of a master demon destroyer. 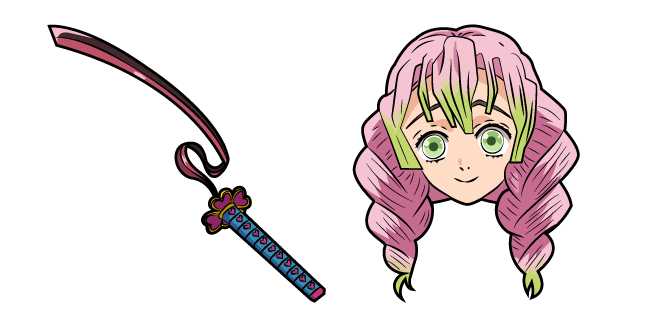 As her “Love” designation suggests, Mitsuri is one of the most friendly and supportive members of the team. She never has a bad thing to say about another and can always find something positive in the most mind-numbingly negative situations. To be sure, when Tanjiro is first brought before Kagaya Ubuyashiki, it is Mitsuri who suggests the Hashira hold off from punishing him for harboring a demon until Kagaya arrives to give his opinion. From this, it would be only natural to think that Mitsuri is one of the lesser Hashira. The reality, however, is that underneath her Sailor Moon demeanor, Mitsuri is not only one of the strongest Hashira, but also one of its most skilled. Her strength comes from the fact that she is afflicted with a genetic mutation that makes muscles several times denser than the average human. As a result, she possesses what can only be described as super-human strength and endurance.

When these abilities are combined with her inherently incredible flexibility, speed, and unique love-breathing sword-fighting style, Mitsuri is the most powerful Hashira of the group. Her combination of abilities and skills make her the Hashira most likely to impose her will on an opponent. This is demonstrated in the fight against the Demon Lord Muzan Kibutsuji, in Chapter 198 of the manga. During the fight, Mitsuri is able to do something no other Hashira has done before without the use of a weapon: she literally rips one of Muzan’s main arms off with her bare hands. She does this after suffering massive damage from an earlier melee with the Demon Lord at the beginning of the fight.

Mitsuri’s move is a small act in a massive battle, but it proves to be decisive. It stops Muzan from most likely killing Tanjiro, and it also gives fellow Hashira Shinazugawa time to get to Tanjiro and help keep Muzan pinned to the wall as the sun is rising. It also shows that for her laughs and giggles, Mitsuri Kanroji is the key Hashira to bring the Demon Slayers victory i this fight.